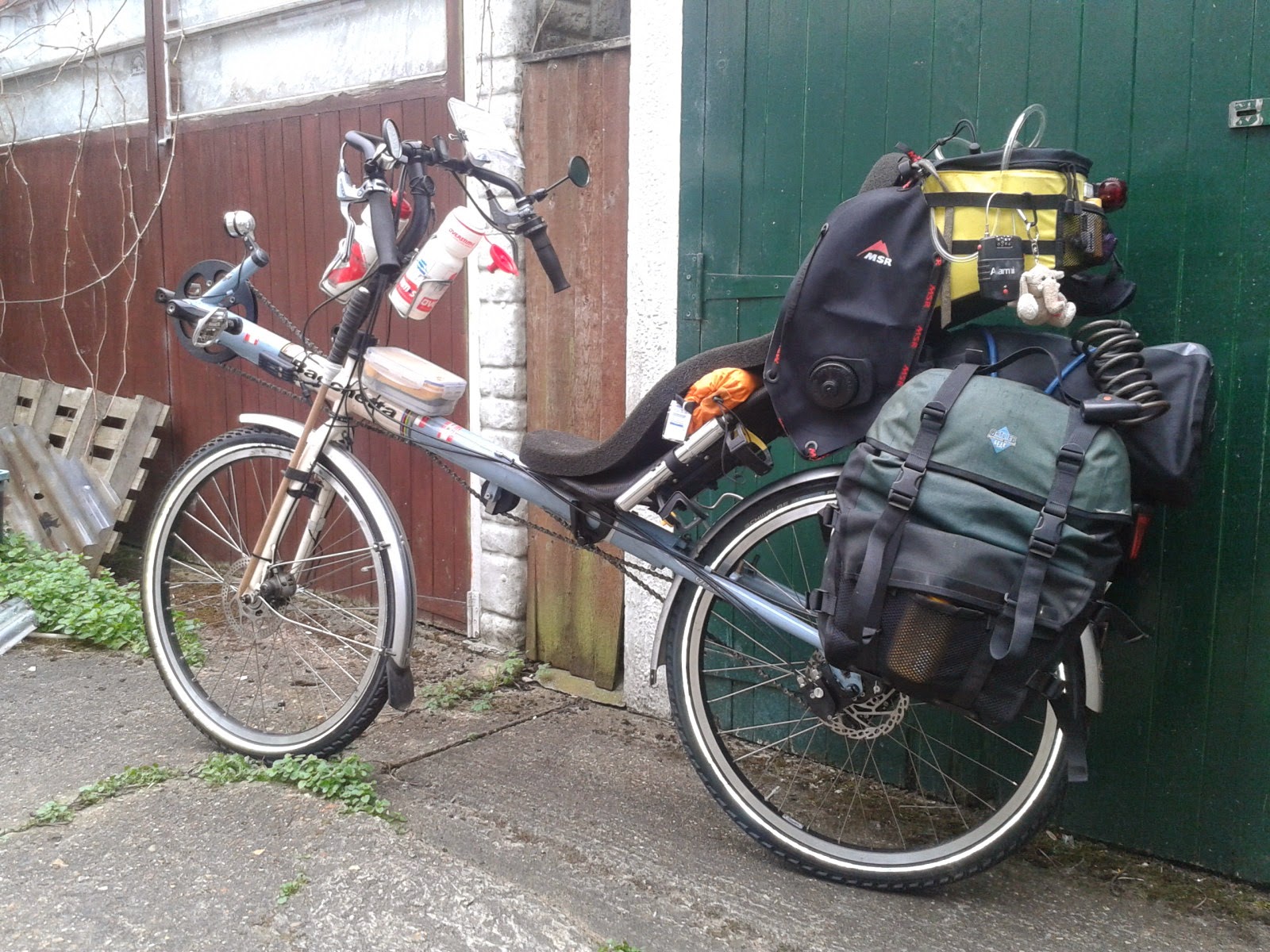 I have just about finished my packing and unpacking and repacking routine, and got everything to fit into two small panniers, a cylindrical dry bag and a seat bag weighing in at 16kg.


So what's in the bags?  An itemised list would be way too boring, here's a summary:
Please no emails to say what I've forgotten, there's no more space!

And finally... this will probably be the last blog update before I hit the road.  After that, news from the roadside will be tweeted when I can find wi-fi.  Thanks for recent messages and donations to RoadPeace which are already over £1,500 before a single pedal stroke - on a day which has sadly seen yet another cyclist killed by lorry in London, they really mean a lot to me and to RoadPeace, I will try to live up to your expectations.
Posted by Richard Evans at 10:15 5 comments: 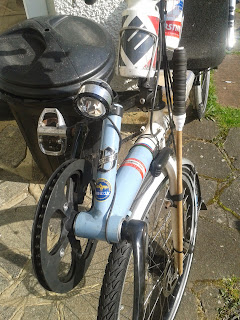 Following on from yesterday's post, one of the ways I might die (very unlikely) or be attacked (highly probable) is by dogs. So I have fashioned a dog stick to bash and poke them with, mounted by thick rubber band (old inner tube) to the front fork for easy and fast draw on the move.  I have just had a practice run at this out in the street which did attract some funny looks from the neighbours.  I'm probably not yet as fast as Billy the Kid or Bob Munden so will keep practising.

There has been an amusing conclusion to the Europe-wide search for a Tick-Born Encephalitis (TBE) vaccination next week to top up my immunity to this common and widespread disease which people are most exposed to in spring and summer in the woods, ie. me.  This was the reply that had me concerned from an ideally situated clinic in Berlin:

I had no luck yesterday finding another clinic on www.istm.org to do this jab.  So I decided to enlist the help of a good friend in Germany who could ring round for me and find me a clinic.  To help him I did a google translate of TBE... in German it is FSME.  Hurrah!

Neither of the above is date-related, but my tweet this morning about changing plans and doing RTW by motorbike was an April Fool, did I get anyone with that?
Posted by Richard Evans at 08:10 2 comments:

Is a recumbent a bike?

Richard Evans
Raynes Park, near Wimbledon, London, United Kingdom
Rode around the world on a recumbent bicycle in 180 days April-October 2014. Now writing book. Why the poll above? See the Guinness page.